Although some insects are hardly dangerous by themselves, almost all species pose a major threat when they swarm. Even insects that normally pose little or no threat to humans and animals can be a destructive force when they swarm in large numbers. Hereâs a look at some of the most dangerous insect swarms known to man, many of which can occur right here in the Bay Area. If you notice the beginnings of an insect swarm around your home, stay indoors and call a pest control company serving Dublin, Livermore, and San Ramon. 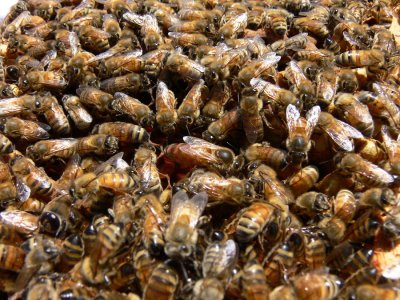 Fire Ants
Although fire ants are primarily found in the Southeast, their range extends all the way across the bottom-half of America to the California coast. Fire ant bites are immediately noticeable and incredibly painful, and in some cases even deadly. Although it is unlikely that you will become overrun with swarming fire ants and bit to death, you may be one of the millions of Americans who develop a life-threatening allergic reaction to fire ant bites. If you are allergic, a swarm of fire ants is the last thing you want to deal with.

Africanized Honey Bees
Africanized honey bees, also known as âkillerâ bees, rely on the old adage that thereâs strength in numbers. The venom of an Africanized honey bee is no more toxic than any other bee, but itâs the sheer number that will attack that makes a killer bee swarm one of the deadliest phenomenon in the United States. In addition to stinging and injecting venom into your flesh, thousands of killer bees swarming around your face can clog your airways until breathing is next to impossible. Because it can be hard to tell killer bees apart from their harmless cousins, contact an exterminator anytime you see a beehive or a large swarm of bees on your property.